As you know, we are very busy lately with the preparation of our project "opus caementitium"...

This is the name we gave to the installation we developped with bozin szekely architects for the exhibition "Traces of centuries and future steps" to be held at Palazzo Bembo from August 29th, as part of the official programmation of the Venice Architecture Biennale.

And here comes the time of putting together the installation - 10 days of intense work on site to finalize the project we are working on for months now.We will likely remain silent in the next few days, but now you know why!

Till soon for the stories of the last episode of the preparation work of "opus caementitium".

The show, held on July 2nd in a magnificent mansion of the 20th arrondissement, can be called a master stroke. Five rooms had been decorated with a million stems of fresh flowers organized in colorama: white orchids, yellow solidagos, red roses etc... which perfumed the space.

A very poetic frame for a real feat: standing close to Dior codes, without losing his personal hallmark: structure, pure and sharp lines.

One could recognize the famous "Bar" jacket invented by Christian Dior in 1947, worn this time with black pants, creating a renewed modern style.

Christian Dior, the inventor of the New Look, "was the fashion architect by excellence", says Raf Simons in his introduction. "The new couture" mentioned by Raf Simons can be found in the details of the volumes in trompe l'oeil, belted silhouettes, simple hairstyles and sober makeup.

A real success for Raf Simons that we let you discover on video...
http://www.dior.com 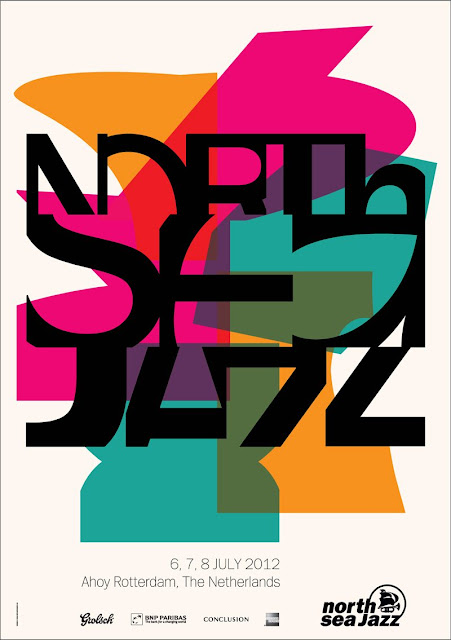 Started in 1976, the North Sea Jazz Festival has become Holland's number one jazz event over the years. . . The festival originally used to take place in The Hague in the Nederlands Congresgebouw and moved to its current location – Ahoy - in Rotterdam in 2006.

“The festival is widely acknowledged as the "biggest jazz festival in the world", and has a strong reputation for showcasing many different areas of jazz from all eras. As well as established artists it invites youth groups”; (http://en.wikipedia.org/wiki/North_Sea_Jazz_Festival)

One of the themes this year is the New Urban Jazz : “On Friday, Darling is the venue for a new group of artists from big American cities like New York and Los Angeles. This new generation of jazz musicians has studied jazz history thoroughly and has added to it fifty years of soul, R&B and hip-hop.” (http://www.northseajazz.com)

We can already hear the first notes rise in the air ...
Tickets for an unforgettable way to start summer are still available!
http://www.northseajazz.com
Posted by Lab'process at 2:18 PM No comments: